Our Premium WordPress hosting is built on a blazing-fast managed hosting platform, optimized to the exacting standards of professional WordPress designers and developers. It is WordPress made both easier to use and more powerful, never dumbed-down.

The Only Managed WordPress Hosting You’ll Ever Need

The most complete, secure and versatile Hosting for your WordPress

We build our WordPress deployments based on years of WordPress hosting experience. You get the quick load times you need, without having to understand technical bits and bobs.

Is your product appearing on national TV? Don’t let a sudden surge in traffic take down your site. Our WordPress hosting infrastructure scales up or down with ease, so your site stays online and running smoothly.

We have a team of knowledgeable staff available 24/7/365 to help you with whatever you may need. We do not outsource our support to any third parties, you will always be in contact with our staff members.

Unlike other hosting providers, we give you complete control of your cloud environment, if you want it. Cloud Servers offer root-level access and APIs, so you can manage your infrastructure your way.

Uptime guaranty with any Managed WordPress Hosting package in the TDWS arsenal.

You create your own WordPress site. We do the work with fully-managed hosting, setup and security.

In the past your hosting provider would usually provide an easy way to install WordPress on a shared or dedicated server using whatever control panel they provided for their customers. All it took was the click of a button and for the customer to provide a few details like the password, database name and location of the installation. A few minutes later WordPress was ready to go. But this is where support for the application ended. If the customer was to run in to any trouble with their site due to WordPress, a theme or a plugin the hosting provider offered little help since few supported the applications that customers installed on their servers. That is until just recently.

Managed WordPress Hosting service that handles all of your technical stuff like upgrades, performance, and security to allow you to focus on your content. We provide WordPress Hosting for personal sites to multi-server clusters for Web startups to global enterprises. 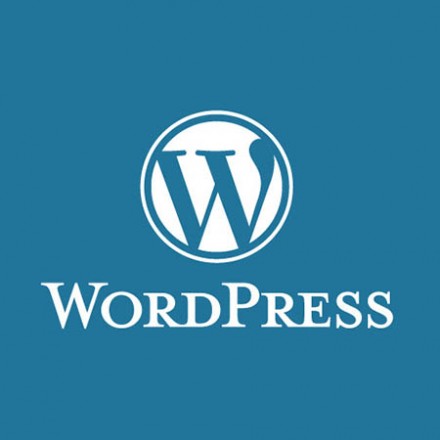 Scan all WordPress sites with Plesk to identify and protect your core installations, no manual work needed. Simply check the items you wish to harden, click “Secure”, and you’re done.

One-click installer to initialize and configure WordPress from start to finish. One dashboard to mass-manage multiple WordPress instances.

Test new features and ideas in a sandbox before pushing them to production – No plugins required, no separate server needed.

Singularly or mass-execute updates to the WP core, themes or plugins. Monitor and run all your WordPress sites from one dashboard.

The Server is pro-actively monitored by TDWS Global Monitoring System, there are over 50+ checks whether it is Network Port, IP Blacking, Hard Drive, I/O, CPU, RAM – you name it is monitored so you get a 100% uptime on your WordPress! No need to buy additional uptime Services.

Managed WordPress is built on a foundation of rock-solid hosting that is highly optimized for running WordPress. Our hosting packed with tools providing you with next-level platform that allows you to quickly and easily build, launch, and manage ALL of your WordPress sites. 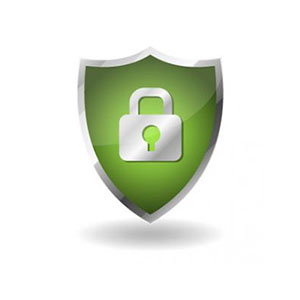 Maintaining a website shouldn’t mean spending hours optimizing your server and battling security threats. With our Managed WordPress, we handle the technical stuff for you – server setup, security, backups, even performance optimization – so you can spend your time designing, managing content and doing what’s important to you.

The one-click installer of WordPress Toolkit does everything from start to finish – downloads WP, creates a DB with a DB user, creates an admin account in WordPress and initializes WordPress so that it’s fully ready for use out of the box.

With WordPress Toolkit you may clone your site and set up a staging environment for your experiments, new features and new ideas. Sync to production when you’ve ironed out the kinks and squashed the bugs.

Build it and ship it

Enable and disable search engines not to index your site on a per-instance basis.

Speed up your WordPress by enabling NginX Caching with a single click. Serve all your static content via Caching.

If something goes wrong on your site, or something that breaks everything, Restore Points allow you to restore your site back.

TDWS Global Monitoring System will help you keep an eye of your website’s visitors and transactions. Make sure you know about hiccups and downtime of your website before your audience and customers! The Accounts on the servers are now being actively monitored across 10 Geo-locations using TDWS GMS! 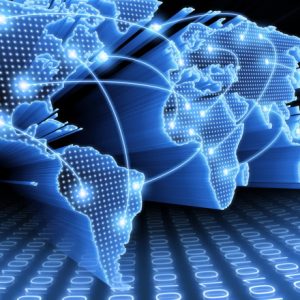 Chat With Us. Talk To Us. Email Us.

What are the benefits of managed hosting?

Considering it powers over 75 million websites, WordPress is by far the most popular web application for building a presence on the Internet. Much of its popularity can be attributed to the extreme ease of installation. It’s hard to imagine a simpler way to get a site up and running, but one-click installation can be where the simplicity ends for site owners who are not overly technical.

WordPress, like any application, requires routine maintenance in order for it to run effectively and securely. Problems can also arise when plugins cause conflicts with one another, or with the code that runs WordPress itself. Databases get corrupted, sites are hacked and people make simple mistakes that can really gum up the works. In other words, it is easy to set up, but it is also easy to mess it up.

For a long time anyone who found themselves having trouble with a site running on WordPress had limited options if they needed help. They could turn to the community boards for support in hopes that they could find the answer or find someone who would point them in the right direction. This works for people who are comfortable with code, for everyone else it could make matters worse as most fixes require a person to get their hands dirty with HTML, CSS, SQL or PHP. The only other option was to hire a WordPress consultant; and for a small business this could get expensive in a hurry.

In the past your hosting provider would usually provide an easy way to install WordPress on a shared or dedicated server using whatever control panel they provided for their customers. All it took was the click of a button and for the customer to provide a few details like the password, database name and location of the installation. A few minutes later WordPress was ready to go. But this is where support for the application ended. If the customer was to run in to any trouble with their site due to WordPress, a theme or a plugin the hosting provider offered little or no help since few supported the applications that customers installed on their servers. That is until just recently.

Having listening to our customer base we have developed in house expertise for WordPress. Instead of our customers being left to their own knowledge, or having to turn to pricey consultants, we handle all your maintenance of the site. Our team handles tasks like upgrades, compatibility and security as part of the hosting package leaving the owner to focus on content, marketing and the other responsibilities of running their site.

Other benefits of managed hosting

Most site owners don’ t mind paying more for managed hosting as opposed to self hosting plans once they realize the benefit of having an expert handle the maintenance tasks associated with running a website. However managed WordPress hosting comes with some additional benefits that some site owners never think about as well.

If you have read anything on user experience then you know that visitors don’t stick around waiting for pages to load. This was one of the biggest issues when Flash pages were so popular years ago. But Flash isn’t the only culprit when it comes to slowing down page load times. Any application can cause that if it is not configured properly and WordPress is no exception.

Now add to the mix the fact that Google takes page load times into consideration when it comes to ranking factors and speed becomes even more important to a website’s success.

With managed hosting plans not only is WordPress configured to load pages and posts more quickly, but the infrastructure is built with the same goal in mind. Servers are built specifically to host WordPress so the hardware itself is configured to provide an optimal experience for the visitor to a WordPress powered site.

When Sandro Gauci, the CEO and Founder of EnableSecurity, published his research regarding WordPress security it opened quite a few eyes. Looking at the 42,106 that were listed in the Alexa top one million between September 12th and 15th of 2013 it was found that 70 percent of these WordPress sites were vulnerable to malicious attacks.

Gauci’s research came one day after version 3.6.1 was released. When he was scanning sites for vulnerabilities, using freely available tools, he found that a number of WordPress installations were out of date. In fact out of the 40,000 websites he looked at only 7,814 had upgraded to the recent 3.6.1 version that contained important vulnerability patches. Scarier still was the fact that 769 of these sites were still running a subversion of WordPress 2.0!

With managed hosting site owners no longer have to keep up-to-date with WordPress security patches or know which plugins can give attackers an open door to their site. The experts take care of this for them. Sites are updated immediately to keep them safe and plugins are tested to make sure that they don’t pose any risks either.

Customers of managed WordPress hosting plans are also protected by additional security solutions that sit in front of the servers and hosting infrastructure. Appliances like web application firewalls and intrusion detection/prevention devices are often employed to protect customer sites from some of the more sophisticated attacks that websites face.

In the eyes of most customers the most important benefit to managed hosting plans is the fact that their site will be accessible to visitors and customers. The site won’t go down because of a mistake made while configuring, updating or enhancing the site because the people who are managing it know what they are doing.

Managed WordPress hosting plans also include contingencies for when something does go seriously wrong. If the site is hacked, if a file becomes corrupted or if something out of the ordinary should break the site the backup and recovery process in place will have the site restored and up in running in a short amount of time.

The best managed services also provide site owners with a dedicated staging environment, just like big enterprises have. A staging environment is effectively a replica of your live site where you can test changes to the site before expose them to the public on the live site. You can tweak you design and content as much as you like, and then once it is just right you can quickly deploy the changes to the live site in one go, rather than play around with changes which the public might see.

That’s not to say you can’t set this up on a traditional shared hosting plan, but it isn’t common and certainly takes a lot more technical savvy than the average small business has on hand. Having this set up as part of the managed service is one of the major benefits.

It is fair to say that these plans are more expensive than self-hosted plans on shared servers. Don’t expect to pay typical shared hosting rates and receive managed hosting. Another thing to remember is that nothing is 100% secured or 100% failsafe. Sites can go down and sophisticated hackers can compromise even the most secured sites; but having a staff of expert on hand helps keep these risks to a minimum.